The Last Polaroid on Vinyl

by Charles Jenkins and The Zhivagos 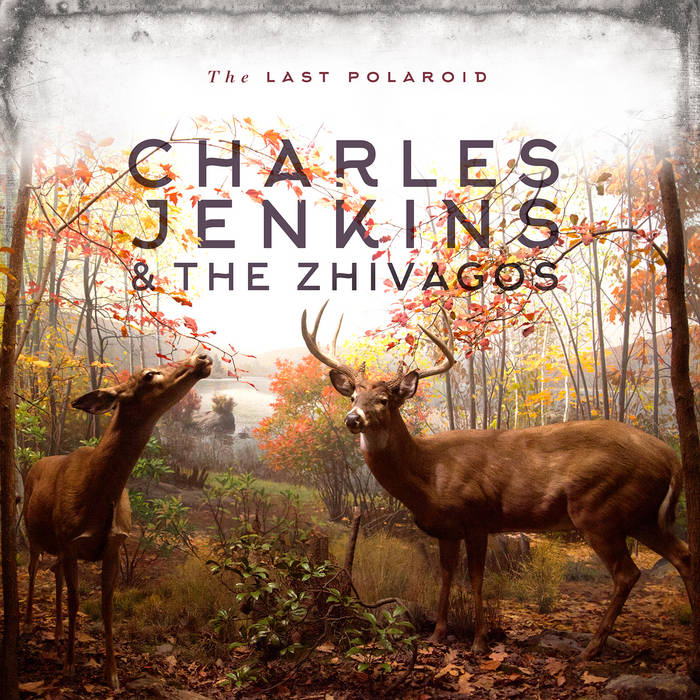 
It’s hard to listen to “The Last Polaroid” in the gloom of a chilly West London morning without thinking of the classics — the Beatles White album, Ray Davies at his “Lola” era sardonic peak, Neil Finn and Paul Kelly. It’s also impossible to listen without being immediately transported to modern inner city Melbourne in all its esoteric charm, sophistication, warmth and wit. At 10am, I reach for a flat white but the album really calls for a case of good red — a dirty martini or two, a celebration — let’s be people about it!

Charles Jenkins’ best songs are vaguely conceptual, adopting the vernacular of a romantic poet, a bushranger, an urban troubadour, a rock star, a father, a lover — but are driven by the voice of perfectly ordinary bloke-dom, looking on helplessly as humanity unzips all around — an everyman with the distinguishing gift of otherness. His rich vocals here are both his most tender and most insistent, the tempos hover between a swagger, a strut and a clip. Davey Lane’s razor sharp guitars buzz and slice through every track, serving up perfect portions of pop like fresh sushi, urgently nailing intervals and harmonies with the soaring power and classicism of Ziggy-era Mick Ronson — one of the greatest guitarists of his generation the perfect foil for one of the greatest of contemporary songwriters. Dave Milne’s bravura piano playing and his nuanced, crisp drumming, along with Art Star’s fluid, fat bass give the Zhivagos an engine room that’s every bit as dexterous as the songwriting.

The melodic and lyrical ingenuity on show here is that of a songwriter at the very peak of his powers. The creeping descending and ascending cadences, the languid harmonies; the vocal tenderness and warm introspection of the lyrics, the questing atmosphere and musical inventiveness which pervades every track grips you like an electro magnet. Like all the best albums, this is a record that yields something fresh and transporting with every listen, and warrants a good many. The birdsong and brass on “Cartwheels” makes you want to yelp with pleasure. The faint, chiming piano shadowing short circuiting guitars on the crunching title track leave you narcotically euphoric. The haunted sleaze of “Kathleen” makes you want to meet Kathleen on a hot moonlit night somewhere, with a bottle of gin and roll ups.

The best songs, the great songs, sound like you’ve heard them before — or have been waiting to hear them. The best songs, the great songs, are not songs, they are black holes, they suck you inside until you become them. This is an album of such songs. The lyrics draw you in with the intimacy of a letter home, yet perplexingly leave you nodding your head in agreement, as if these thoughts are your thoughts too, you just haven’t had them yet.

“I’m a thief, I’m a liar, I throw friendships on the fire…. everyone loves me,” he confesses on “Everyone Loves Me.” How lucky we are, in this age of narcissism, to have amongst us a songwriting star of such finesse, grace and humanity who is himself no narcissist. The equivalent of a paperback book you simply can not put down, “The Last Polaroid” is a record you should never, ever stop playing.

Jenkins is an unheralded songwriting genius...The Last Polaroid, is another songwriting masterclass - Jeff Jenkins themusic.com.au
The Last Polaroid will be hard to defeat as Australian album of the year. Duncan Smith Top Shelf Music 89.7FM
Where there’s a need for class, for quality pop music, Charles Jenkins and The Zhivagos are available - Bernard Zuel
THE AGE Album Of The Week 4 Stars…top-notch song writing and then some - Martin Boulton
Delicious hooks hung on uncluttered arrangements…Another quality offering from an underrated Australian songwriter The Australian 4 stars - Iain Shedden
Gilt-edged song Australian tunesmithery - Simon Collins The West Australian 4 stars
The Last Polaroid finds one of our finest songwriters at a fresh creative high - Noel Mengel - LoudMouth Music Trust E-Zine
A mainstay on the Melbourne music scene, his songwriting among the best in the country – Samuel J Fell
A collection of his classicist pop - 4 stars Ross Clelland themusic